This article is born of the need to explain for good the talk of the anti-crash structures provided for the 2015 regulations. Many sites have spoken on this but there is little clarity.
We will try to throw the basics of one possible idea.
I only want specifics and will begin from the start:
The goal here is no to predict the final form that these structures will assume, but rather one helpful tool to figure out how which basic principles could be chosen that carry out over the winder to arrive at the result. The rest search to predict what will arrive could lead down different roads given that from person to person, ideas and strategies change considerably. Not only that but aerodynamic and structural knowledge should be present during the winter. Only being able to see the external parts of the car, we cannot be equipped with the data and indicators to see the evidence each team has from their experiments.
Searching therefore you give a interpretation of the regulations taking care however that the more you wait for making aerodynamics comparisons but without making progress that it will finally see the benefit for in 2015. We begin before everything with the picture of the new profile that the FIA has inserted modified measures in the regulations. The picture of the preview was what you see here:
NB: The following post is a new photo of the same profile based on the sole theory that has been literally translated. It calls the FIA with some modifed measures according to the aerodynamic and structural needs. This is a sort of evolution. 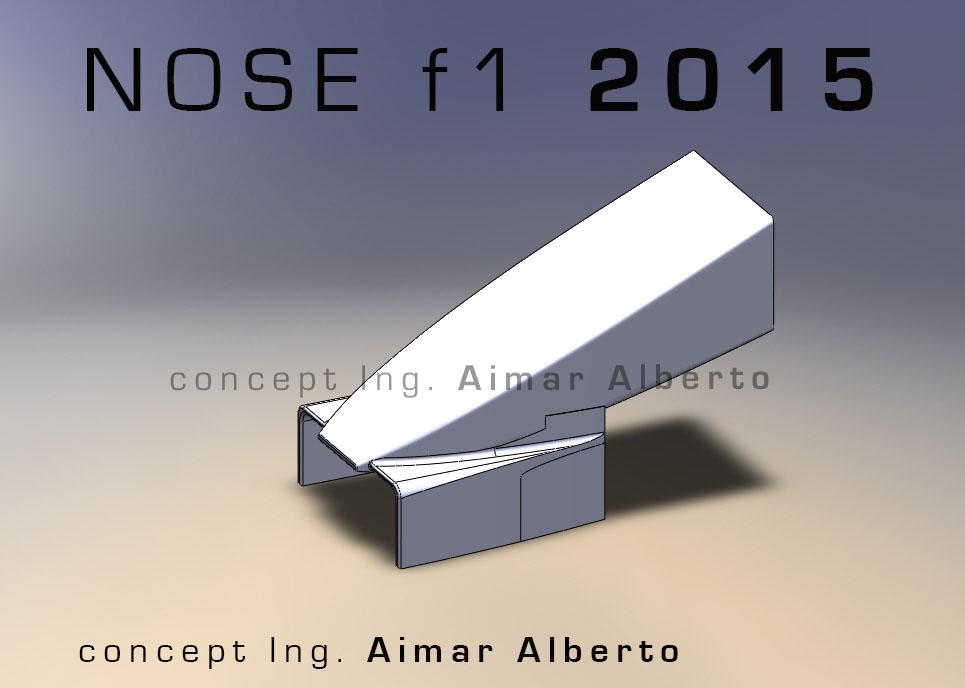 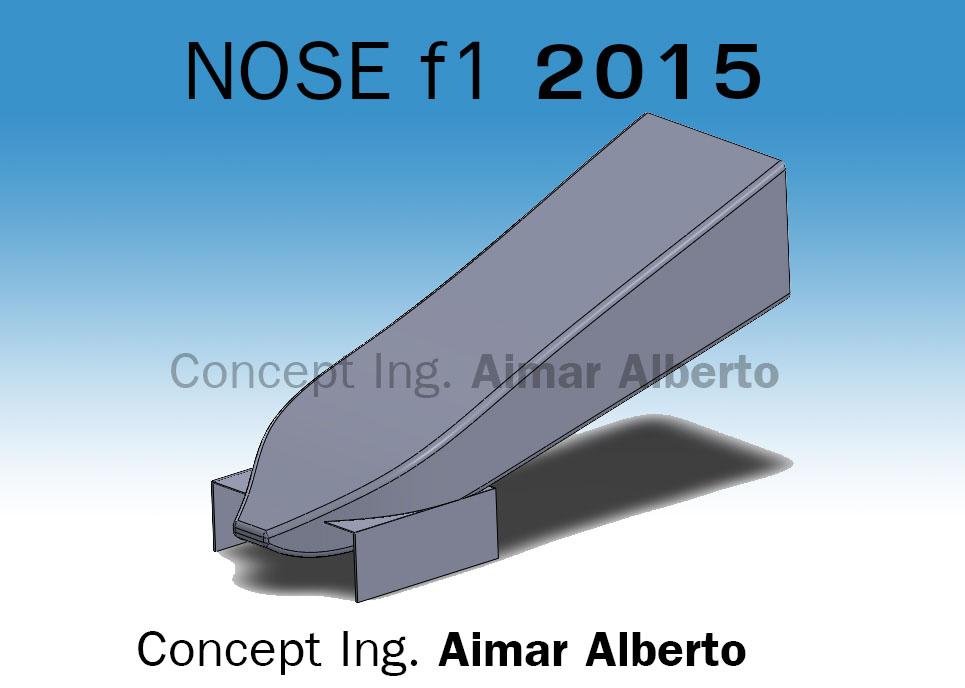 In practice, in the picture are visibly present the first types of profile that you can study and possibly see next year. We have several considerations.
Speaking of the Ferrari and the Mercedes, we can note how in reality these are the teams that already in 2014 have studied a profile very similar to the required one for next year. The trend is very similar and will only have a few differences in order to adapt to the new regulations.
For the concerns of Mercedes, they are in fact are just modifying the length and width of the ends. They must in some way stretch today’s nose to get it ready for next year.

We know how both of these cars have excellent aerodynamics, not speaking of the motor, I hypothesize that one modification of “ironing” cannot help the resistance of the shape.  Shrinking without modifying will totally throw off the current lines that follow the car in the rear part of that component.
I hypothesize therefore that the German car will need only small modifications and corrections to adapt this part. (A small modification is substantial due to one comprehensive flow of all the air from the front to the rear, to improve each part means to re-adapt all the parts of the flow including the front.)
Different discussions can be made for the Ferrari, which as we have seen how one car can be very difficult from the point of aerodynamics. The forms can be too much stress for the air flow. The new technical group hired could want to modify the whole car from top to bottom, which must include all the aspects of the regulations of the frontal anti-crash structure.
Therefore: starting right of the reasoning carried out on the red, what could we expect from the point of view of the interpretation of this new technical standard about the frontal part of the car? What can we see from the nose? We shall see…

We will see in the paragraph that describes how this profile structure must be formed:

The previous insert of the regulations, we can draw different ideas to figure out already how much of a different profile will change the characteristics of McLaren, Toro Rosso, Sauber or Force India: Typical noses for 2014.
Only section b, of well 20000 mm^2 prevents the creation of the profile. It is effective and capable to direct lots of air to the part bottom of the car, whereas in 2015, the absence of this limit could afford to play most with this effect. The second effect that limits insertion of the profile of this type is the vicinity between the section b of 20000 mm^2 to the ends of the anti-crash structure.
The rest of the FIA really wanted this because if it is true that the public of the sport is passing on the beauty of the car was thinkable, limiting the aerodynamic effects will render the insertion of ugly forms how as those seen in this season… I might as well deal with it…
The final result is: