We start in this study from a consideration, or rather a hypothesis, we performed a possible front nose of the new Mclaren. 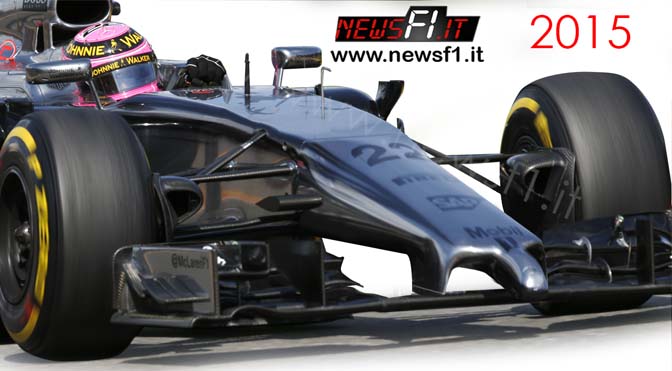 Actually, I want to first make a series of reflections on this car, because I think it is one of the more difficult cars lined up on the grid next season to predict. There is an air of change and also very drastic changes in the workshops of the English team, both on the drivers, who from the engineering side, this being a new power unit to readjust to the car completely.

What I mean is that you may not know what to base their work aerodynamic appearance, or if you prefer to devote more resources in terms of motor-chassis section. Having said that, we can start with a little reflection that will help us to better understand the concept already introduced in the first article of the series belonging to the advances in 2015, namely that of the normal vectors to the surfaces and the way it has to accelerate the current around an object, or to slow down.

I invite you to read the first study to link the following:

I take advantage of the forecast that we thought Button’s and Alonso’s Car not only to try to guess the shapes of the near future, but just to reiterate the concept and maybe even reflect it on a second machine: Mercedes 2014 (at least we can understand a bit ‘better because he could take certain trends on the front edge). As mentioned a unit vector normal to the surface that has an opposite direction, in whole or in part, is a symptom of a profile which tends to be an obstacle for the current. This then serves to create a form that can not always be perfectly parallel to the air that meets but having a pressure gradient greater than zero. The pressure gradient is that which expresses the variation of pressure along the x coordinate, i.e. along the path that the air travels around the profile.

Leading to the result expressed in the image below: 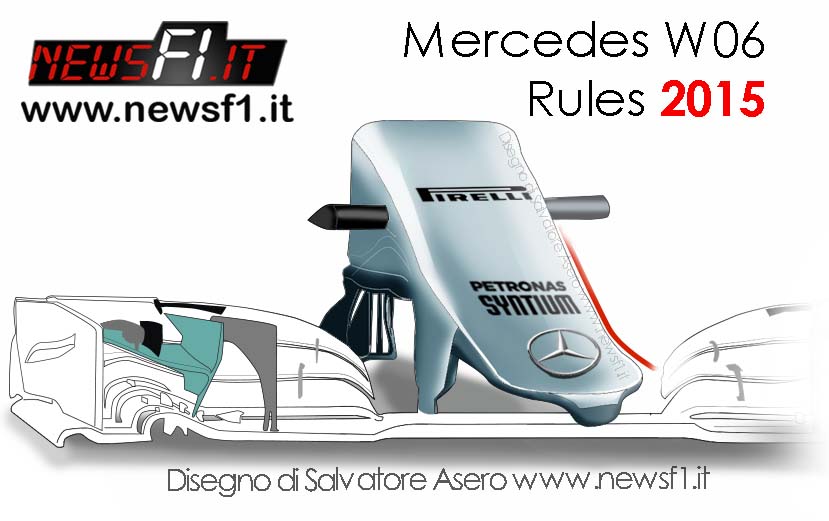 That’s why the Mercedes in 2014 had already thought of a profile typically called a slide, so you are able to exploit this effect in order to have a better direction of the front wheels. Clearly, this, more than a forecast, wants to be a reference to the recent past, useful to explain how and why it could be revised even in 2015 a detail like that, maybe also on other cars other than those mentioned here.