The short time that has passed since the last weekend in Austria, has made that the equipment can bring only minor modifications:

Aerodynamic improvements for Force India and Red Bull, while Ferrari has tested the third power unit in concrete …

The stage at the Silverstone circuit requires considerable effort for the team, committed last Sunday at the Austrian Grand Prix. The relative proximity of the track to the headquarters of many teams participating in the Formula Championship (Mercedes, Red Bull, McLaren, Williams, Force India and Renault factories in the UK) facilitates some of the operations to which the experts are Even if it does not leave technicians enough time to ensure that relevant changes are made, except for those provided for some time. 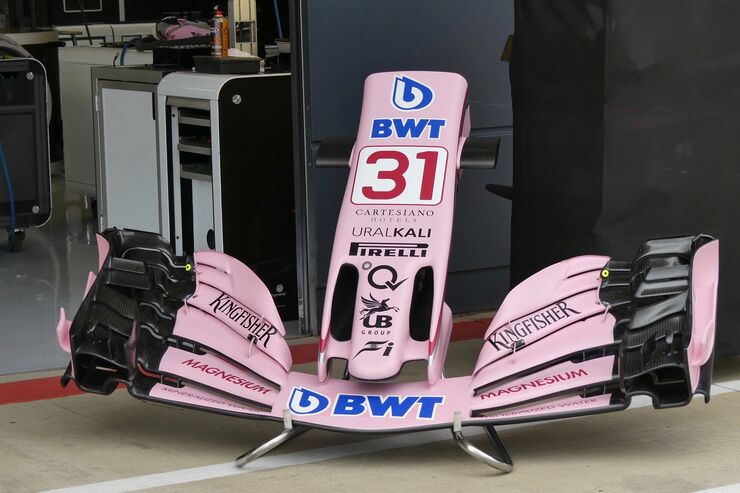 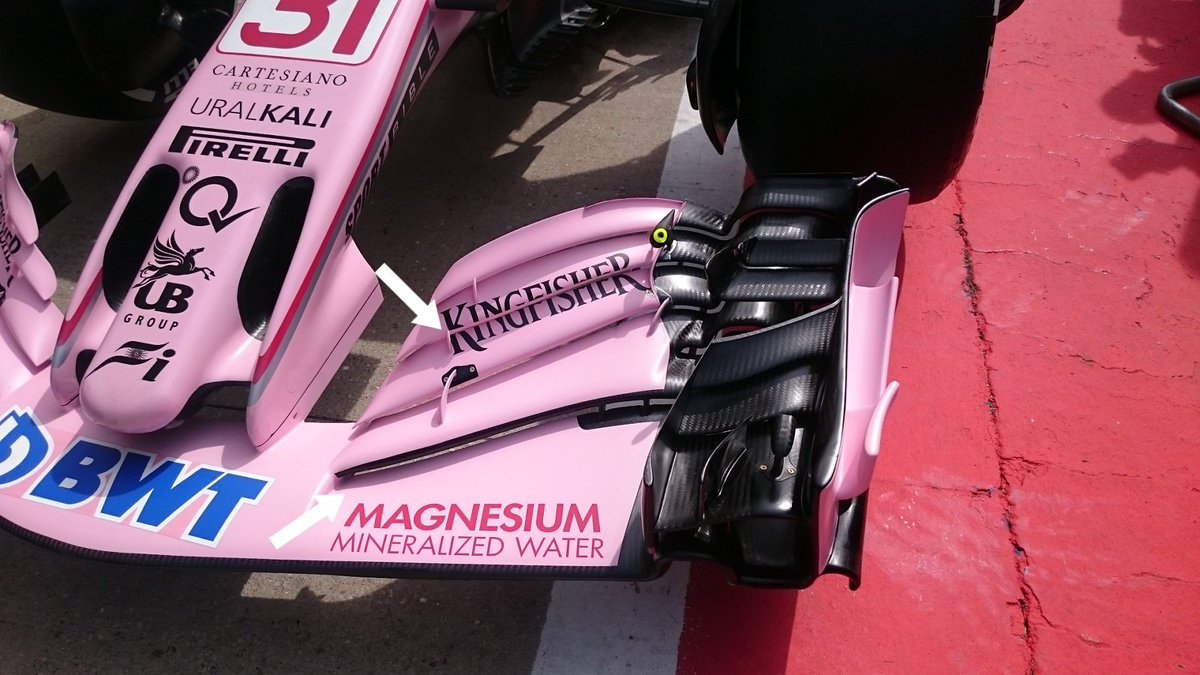 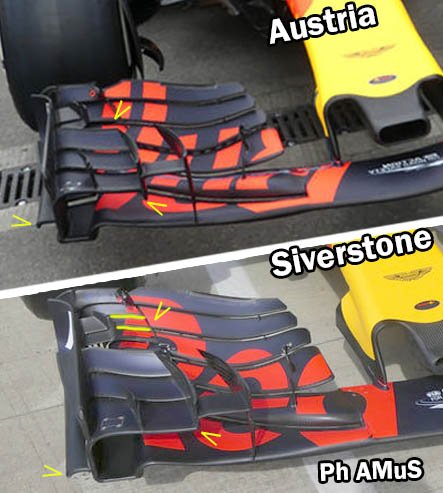 The team that captains Indian mogul Vijay Mallya, under the direction of technical director Andrew Green at Silverstone introduced a new solution on the front wing. In the main plane a blow molding has been eliminated, so it will extend the profile of the main surface. The English track, which requires a medium to low downforce, forced the engineers to give up the additional flap, allowing it to unload the wing. In this perspective, it has been reduced to three flaps also blowing in the upper part of the wing, instead of the four seen in Austria.

Different choice for Red Bull, which is based here in the English district of Milton Keynes. The RB13 from the beginning made its school of thought prevail, establishing itself as a single-seater designed to look for the least resistance to rolling. The intervention of the genius Adrian Newey has affected the front wing, trying to increase the capacity of aerodynamic load that is able to generate. To this end, the flow steps have been revised, from six to eight. The complex work of forward aerodynamic geometry, which revolves around an elaborate solution with multiple flaps on the wings has been enhanced in the Austrian car. 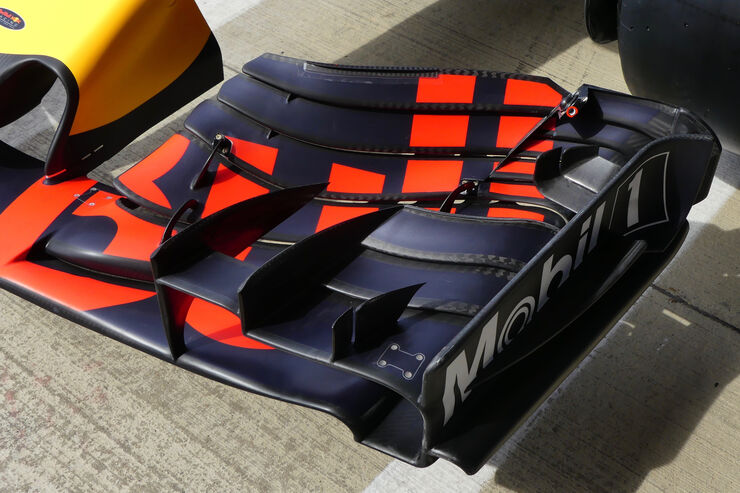 The Scuderia Ferrari introduces the specification of the third power unit

Official statements made during the first session of free practice by the press chief Alberto Antonini de la Scuderia Ferrari.

It confirms what was rumored last week about a possible upgrade of the power unit of the SF70-H. Third development since the start of the season. For the pilots on Friday was therefore a test test to test the new engine components, which at the April meeting in Bahrain had shown defects in the design of the turbocharger that had not appeared during the preseason. In addition to the engine controls, aerodynamic comparative tests were carried out, regarding the Austrian GP technicians have preferred to return to the previous configuration of the front wing, characterized by blowing in the main profile. Having made the metal reinforcement at

the bottom of the wing, it was introduced in Austria to reduce the flex which led it to generate harmful flows in the area of ​​the rear tires. At the rear, more comparison tests have shown the difference of high load wing, characterized by a rectilinear profile in the main wing in the form of “spoon”. Where instead of the curved profile appears thus generating a lower downforce, Sebastian Vettel has made tests with the T-wing with a solution of a single profile, while Kimi Raikkonen with double profile, shown in the Gp of Austria. 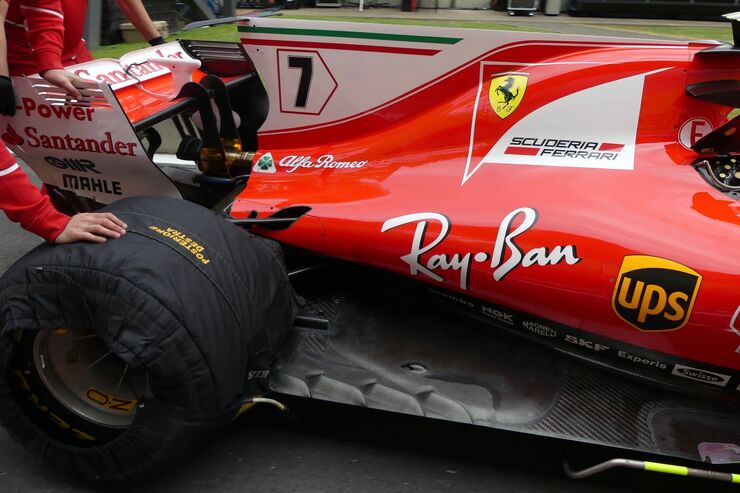 Williams takes a step back

The substantial changes in the car’s aerodynamics have not been successful over the weekend in Austria. Massa has rejected the important development that covered the area of the “bargeboard” and the front frame, inspired by the package that Mercedes took in Barcelona. The two pilots have each returned to the two different flow diverter solutions, with Massa preferring to mount the oldest solution which is characterized by a “bridge” profile covering half of the radiator inlets interrupted by Three thin vortex generators. Stroll instead has maintained the new drift configuration used in Austria, with the bridge extending throughout the section of the radiators, reaching the side of the cabin.