In this new chapter of our discussions concerning the assumptions for 2015, let’s take an opportunity to discuss a change to the regulations in order to introduce a theoretical discourse that is actually often unknown and underestimated. More than a mere thought of the upcoming season, I’ll use real examples to explain a very important effect for those who are interested in having an initiation into the world of aerodynamics. What I want to talk about are the so-called coupling effects: an example can result from aeronautics, or the field of which I deal with in my life the most. (later will report what is said in the case of Formula 1).
It is generally the case that usually that the engine nacelles (housing) is bound to the bottom of the wing. In practice, if we insert the single wing in a wind tunnel, to study the resistance that produces the progress, we definitely find a certain value which we call for now X. If we were to repeat the test by inserting the single engine nacelles, would find a second data penetration resistance defined as Y. Finally, if we wanted to try to test the resistance of the whole total of the wing structure, we would realize that the resistance will give a value quite different from X + Y, and typically higher.
This is the effect of coupling: the flow with the single element was available in a specific way to be able to wrap the wing better, now it must also change its trajectory as a function of this second element. Then depending on the obstacles it encounters “where if it were not expected” with the consequent creation of vortices, more acceleration, or sudden stops. Why do I mention this effect?
How could it be concerned with the formula 1? 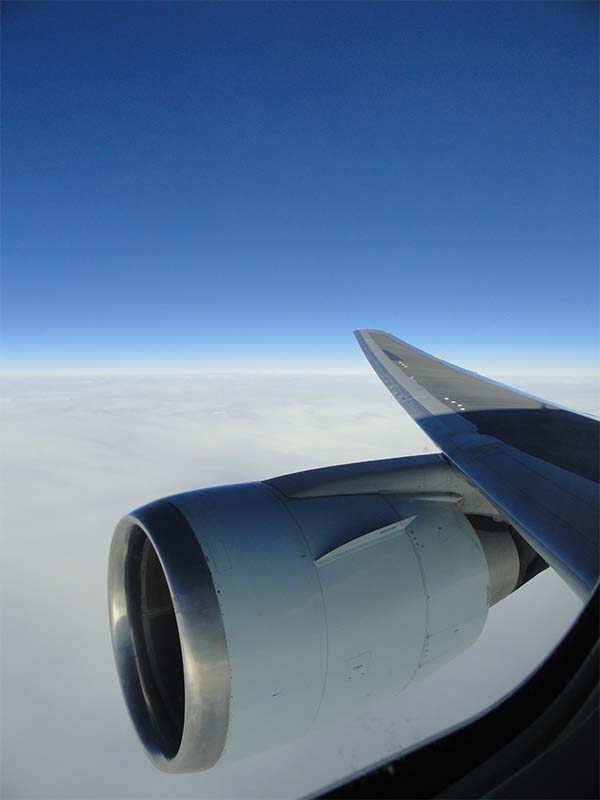 In fact it is a good question, and until now, for example on the front ailerons of the car was probably not affected by this phenomenon. After all we have been accustomed until 2013 with noses that were very high and distant from the ends of the ailerons, and moreover with reduced thickness.

By 2014, then, we have seen the lowering of these, but for very few cars, while the others had the inclusion of a very low and very thin ledge. I do not think they paid too many disadvantages for the insertion of an element that could generate coupling effects. 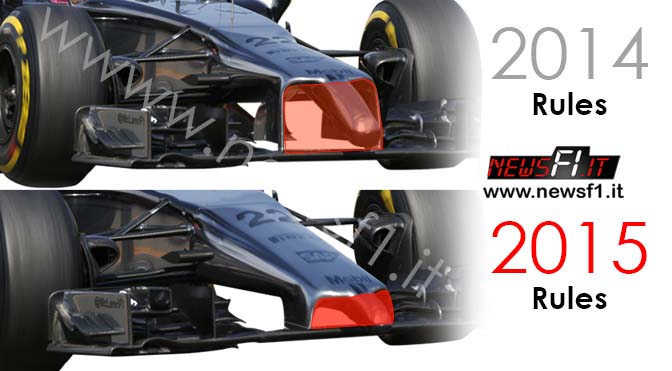 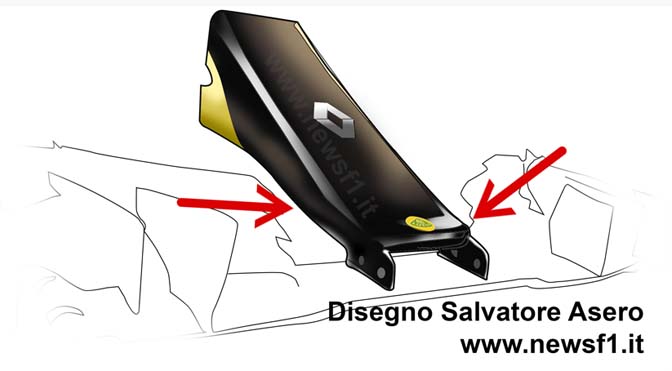 The rules, however, have changed now and the disturbing element could be closer, and much broader, at the ends of the front wings.
Just to give a figure indicating how much disturbance can disrupt I tell you what is the value of expanding cross for a car that is traveling at 200kmh, or to 55m / s.
We know that the speed of sound at ground level is 340m / s.
This means that an enlargement of the flow, perhaps to overcome an obstacle, disturbs all the current lines side by side in a certain radius. If to overcome an obstacle, the stream must flow of 20cm in the direction of travel, its deformation disturbs the lines of current in a radius of 1.2m !!
Certainly would include the entire wing.
Clearly the shapes are such as to move the flow upwards and downwards than to the side, but it could be that still elements such as the wing tips may be disturbed and not work properly, if they kept their current form.
It seems a particularly trivial, but I think one end underperforming could still do lose a few pounds of downforce at such speeds, if not properly sized.

Hypothesized, therefore, that a certain amount of changes may occur in such areas to readapt the aerodynamic pairs that would be created.