The Nose of Formula 1 Downforce

I remember introducing the function of the pelican nose of Redbull when, at the Italian Grand Prix, the team had decided to remove it because it generated unnecessary lift on the face of increased aerodynamic drag. In Singapore, I think instead that we revise this component just because of the type of track, consisting mostly of tight turns in large numbers,

many short straights and an urban asphalt that certainly does not help the grip. In short, there will be a high degree of downforce and will lead to many technical solutions to increase it. To quote a short article regarding the description of the pelican nose of the Redbull: “Its operation is based on the narrowing of the lower flow section, which acquires speed to cross in the same amount of time: 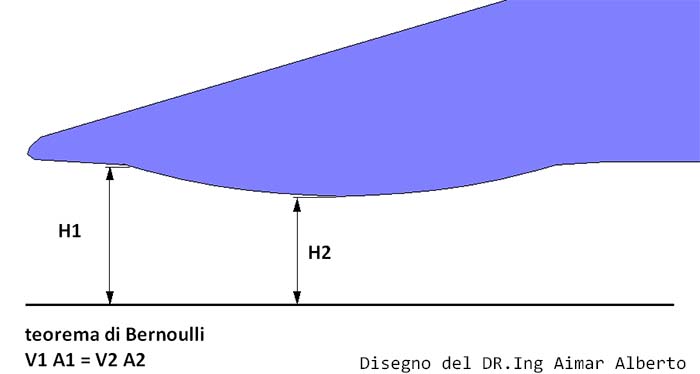 V1 is the speed of the incoming flow in the section of area A1, while V2 is the one in the intermediate section A2 which is reduced. If A2 is reduced, but equality must be maintained and the strength of V2 increases. For the following rule, we note that if the velocity of the flow increases, this decreases its pressure, P, to the detriment of the dynamic pressure. P+1/2(pV2)=constant=p0. Now, we believe that the other teams have equivalent components that are capable of producing a vacuum in the lower part of the nose, so as to obtain better front wheel grip, which is important for the directonality of the car, especially in a race where there are lots of curved paths and slippery asphalt in Singapore.  The cars in question are: Williams, Force India, McLaren, Sauber.

Note that the pillars supporting the front wing are attached to the nose, they do not seem to be perfectly straight and parallel to the direction of travel, but are placed so as to form a bottleneck for the flow that passes through (you can clearly see that on the Williams and McLaren). In this way you get a diagram of this kind: 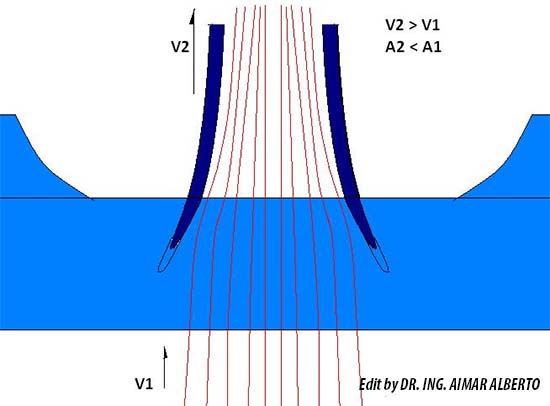 Also for Bernoulli’s theory, mentioned above in the discussion about Redbull, if the section is short, then it clearly needs to accerate the flow to be able to spead it all. Doing so answers the same formula as shown before, and we see that it loses static pressure to switch it into kinetic energy. It then creates a depression P + ½ (ρ V^2) =costante = p0 . Even I would like to point out that the Force India seems to use is one of the other system, combining a bottleneck in the vicinity of the support pillions followed by a protrusion in the area to the rear of this. Probably in Singapore, we will see all these singularities and assume that there is also a return of the pelican Nose  on the Redbull.