In the last weeks the Ferrari’s floor has attracted lots of attention, as some noticed that its flexibility would be irregular

Clearly, Maranello’s engineers know what they are doing and here after we reports the article of the regulations that “La Rossa” should be violating
3.7.4 Floor construction
All parts lying on the reference and step planes, in addition to the transition between the two planes, must produce uniform, solid, hard, continuous (no fully enclosed holes), rigid (no degree of freedom in relation to the unit comprising the survival cell/power unit/gearbox), impervious surfaces under all circumstances.
3.8 Aerodynamic influence
No part having an aerodynamic influence and no part of the bodywork, with the exception of the parts referred to in Articles 3.7.10, 3.7.11 and 3.7.12, may under any circumstances be located below the reference plane.

Reference plane is, in few words, the plane wich the carl lies on, essentially, the lower part of the floor
As many pictures and video showed, Ferrari’s floor (but not just Ferrari’s, as many competitors show the same behaviour) bends down, violating Article 3.8 of the regulations
Anyway we must consider the following article, that allows an intepretation of the deformation that would keep it legal: 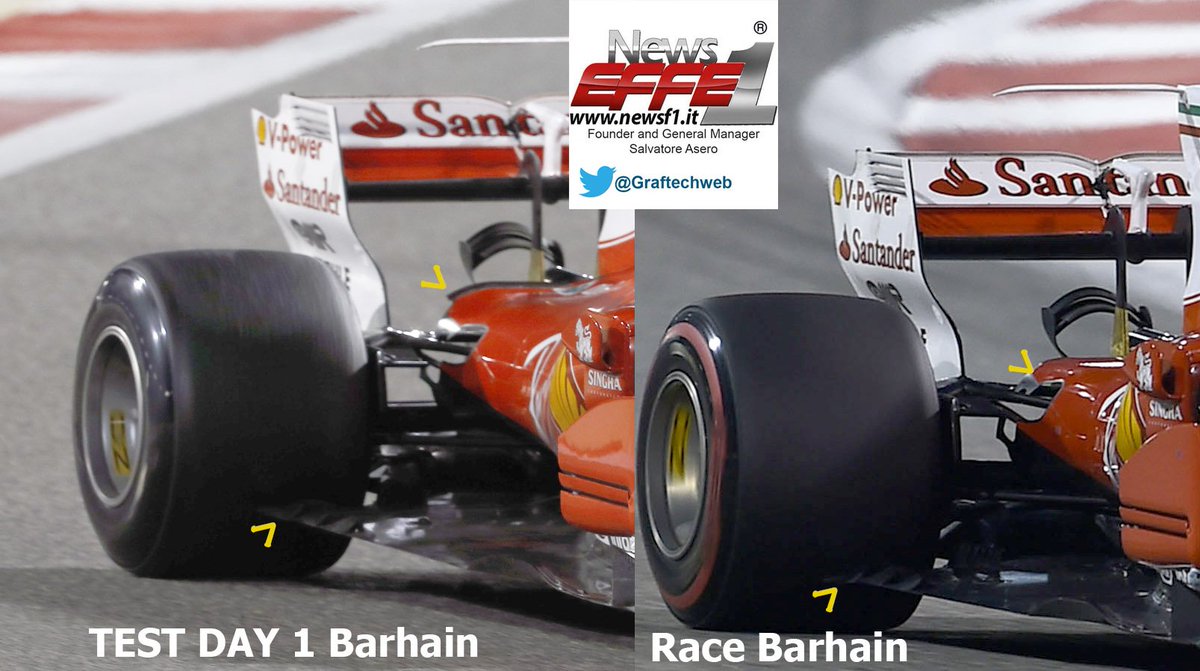 3.7.5 Tolerances
To help overcome any possible manufacturing problems, and not to permit any design which may contravene any part of these regulations, the following dimensional tolerances are permitted on bodywork situated between 430mm behind the front wheel centre line and the rear wheel centre line: a vertical tolerance of +/- 3mm is permissible across the surfaces lying on the reference and step planes and a horizontal tolerance of 3mm is permitted when assessing whether a surface is visible from beneath the car.

This leaves open the chance that the floor is legal; as it is impossible to have an indeformable surface, Ferrari could claim it’s floor deformation to be under 3mm.
From videos to be honest, it seems way more than 3 mm
Cavallino’s engineers  found a quibble that allows their floor to be legal even if fundamentally illegal or the other teams do not intervene as they have the same trick in their sleeve?