Formula 1 – In the last race weekend on the Interlagos track, both Verstappen Hamilton did not spare themselves in the attempt to win the Brazilian Grand Prix, put on an outstandig show in which they tried to overcome the rival, in a modern gunfight at the O.K. Corral.

Let’s analyze the telemetry, to better understand what happened on lap 48 (with Hamilton’s first attempt to overcome VThe overtake anyway is only postponed by eleven laps, because on lap 59 Hamilton re-proposes the same scheme that, but unlike the previous attempt, this time it will prove successful. At the end of the straight box it reaches the monstre speed of 335 KM\H with almost 12,100 rpm (POINT 1). He Anticipates the braking phase again compared to Verstappen (POINT 2) with less speed at the apex (POINT 3) ensuring a better driving line and opening the throttle without problems compared to the Dutchman that, due to a probable wheel spin, is forced to lift off the throttle (POINTS 4, 6, and 7). Hamilton come out of Turn 3 practically in his rival’s rear wing, and thanks to the tow and the DRS he easily overtakes Verstappen who tried to takes an advantage of Hamilton with his tow but he doesn’t go beyond 315 KM\H against the 335 KM\H of the Mercedes (POINT 5).

To this point , the last desperate attempt is tried at the braking point of turn 4, when again the Dutchman delays braking (POINTS 8, 8a, 8b) but being able to back on throttle only much later than Hamilton who has now run away. 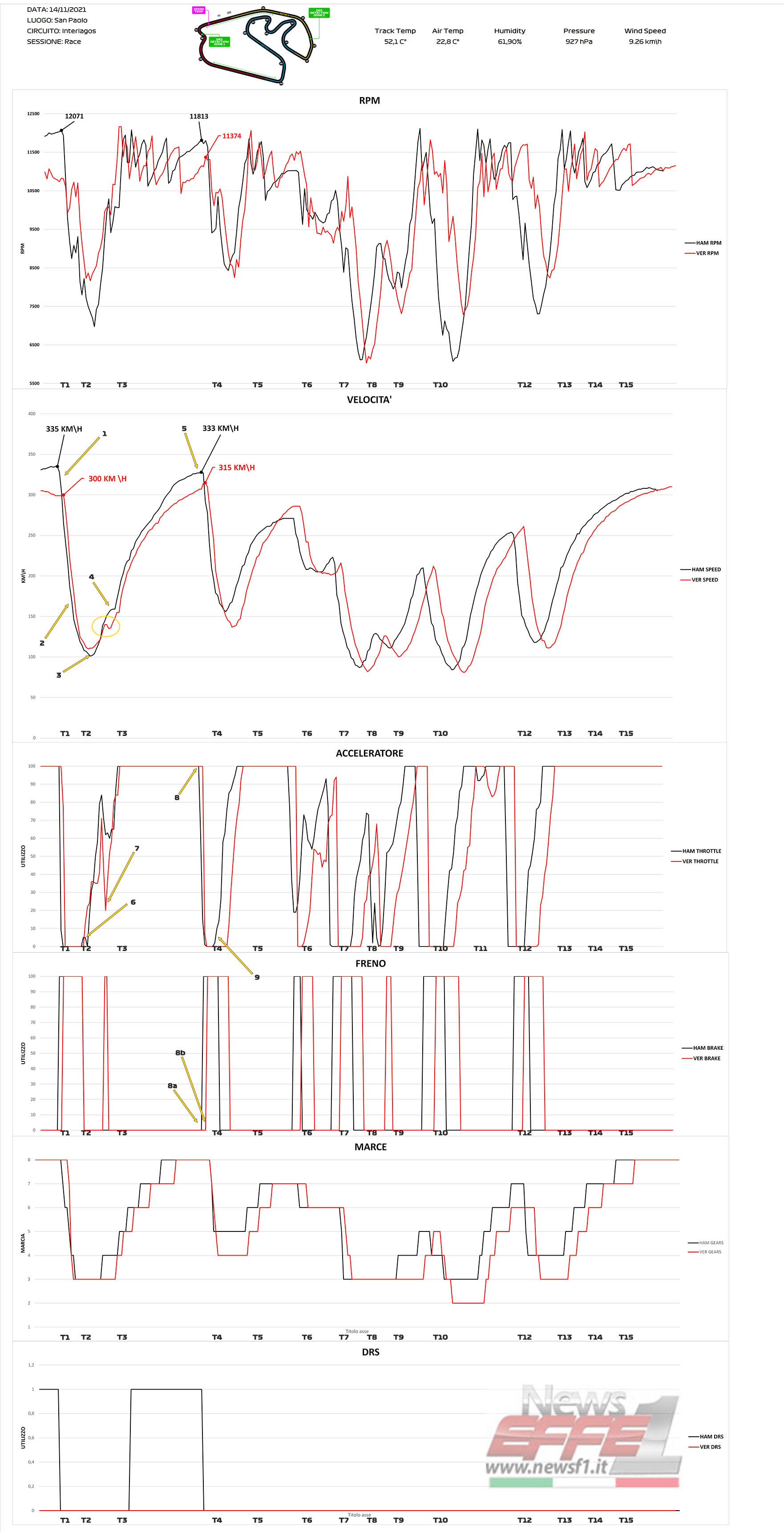 Also very interesting are the speeds recorded by Mercedes in the very first laps of the race, when Hamilton  overtook first Vettel and then Sainz and Leclerc using just tow and engine power. Analyzing the telemetry of the overtakes on the German and Spanish, we can clearly see of poweful is the brand new Mercedes’ Power Unit, capble of 328 KM\H and 320 KM\H of top speed that left no escape to Ferrari and Aston Martin. 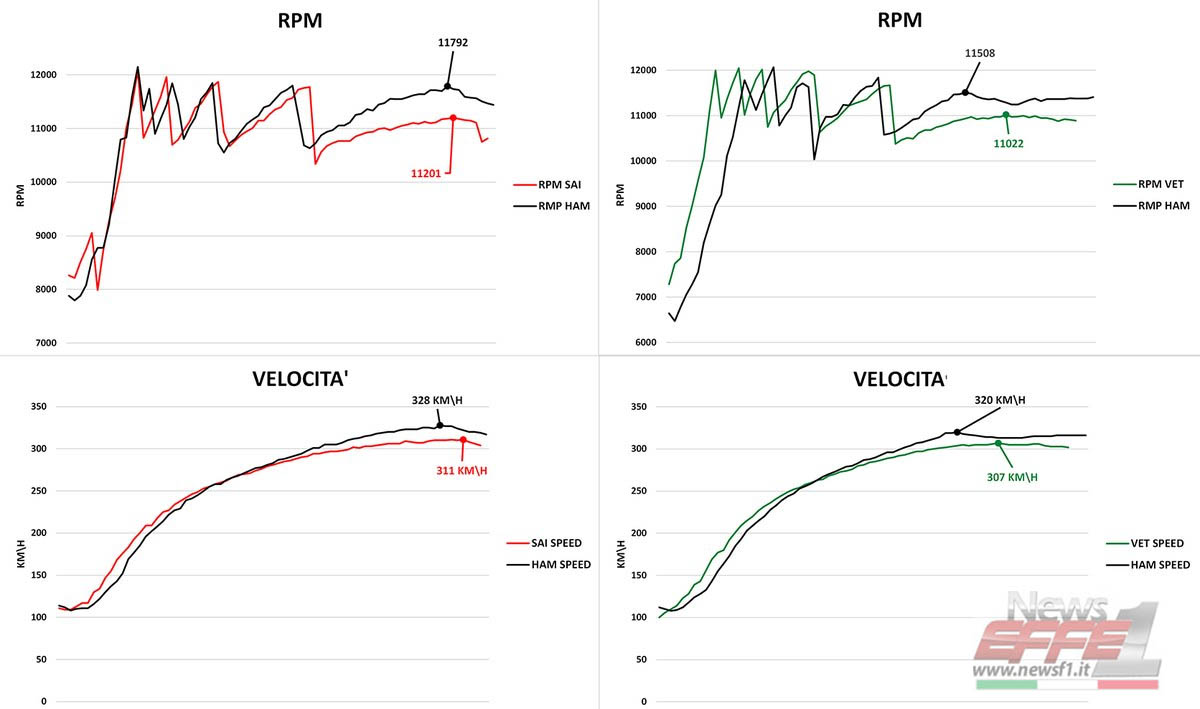